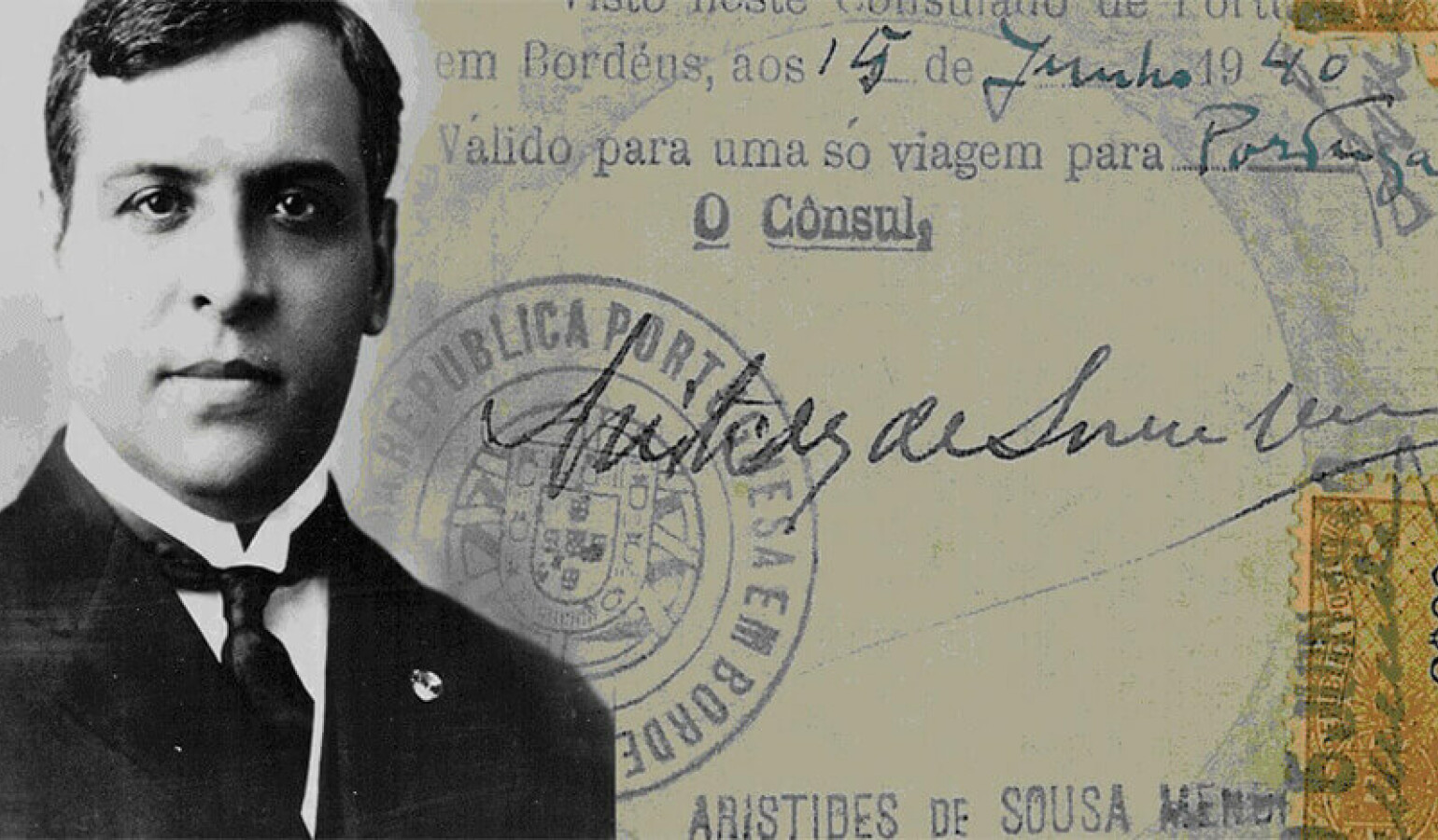 For those that like cult movies I am sure you remember the memorable scene of the film Casablanca, when the character Ivonne sang “La Marseillaise” and cries out, “Vive la France! Vive la Democracie ” while tears ran down her face. 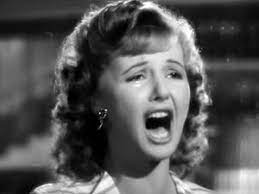 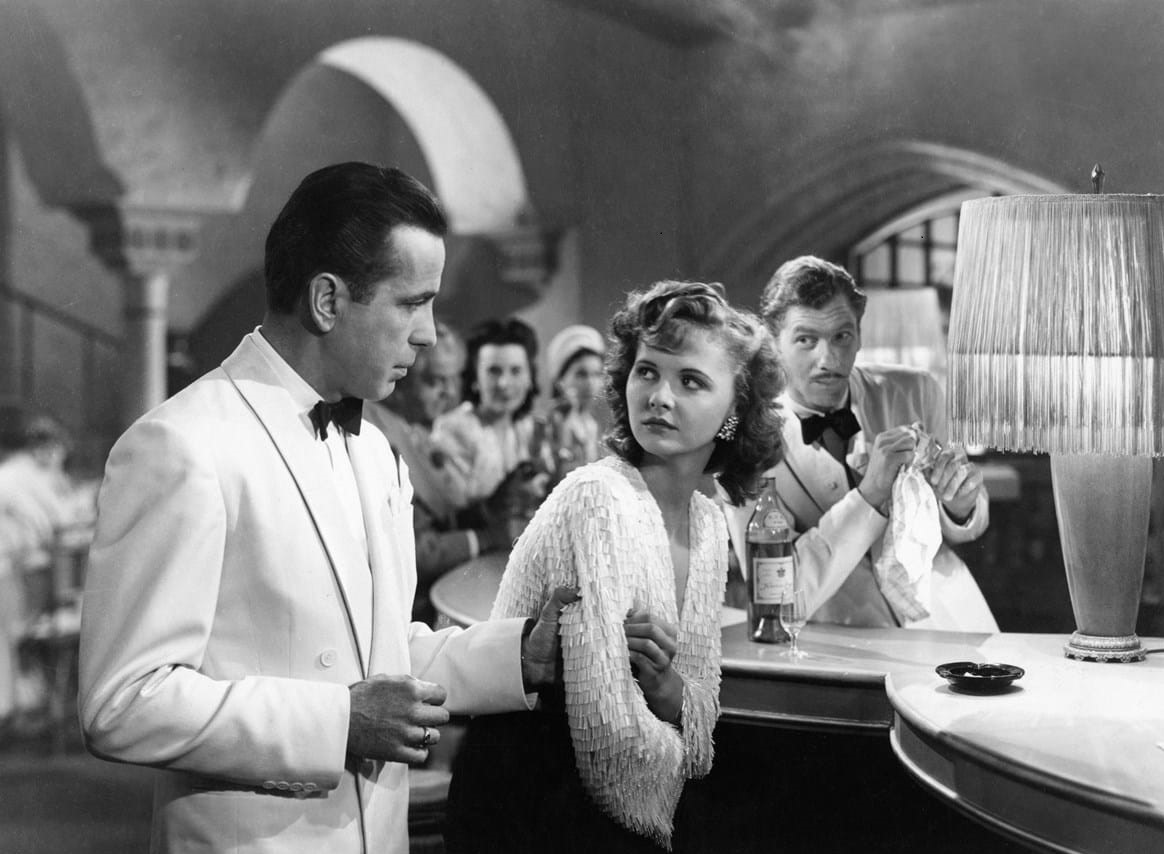 As Magalhães Ramalho mentions (2020), the character Ivonne most certainly would not be played by the actress Madeleine Le Beau, neither her husband Marcel would play the croupier in the film , if a Portuguese diplomat had not decided to disobey the orders received from the Portuguese Government. This disobedient diplomat was Aristides de Sousa Mendes, consul general in Bordeaux, France.

These 2 actors Madeleine and Marcel Dalio (this one of jewish origin) and thousands of refugees tried to flee from France in May and June of 1940 ahead of the invading German army. They all were desperate for a visa from neutral Portugal, allowing them passage from France, through Spain, and on to Lisbon; here they hoped to get tickets on a ship or plane out of Europe. 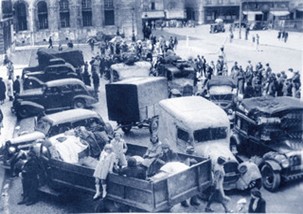 However, Portugal was under the right-wing dictatorship regime of Salazar and although technically the country remained neutral, in reality Salazar was unwilling to provoke Hitler. This Portuguese leader decided to issue a missive known as Circular 14, effectively forbidding his diplomats from offering visas to most refugees—especially Jews, ethnic Russians and anybody whom the conflict rendered a “stateless person.” 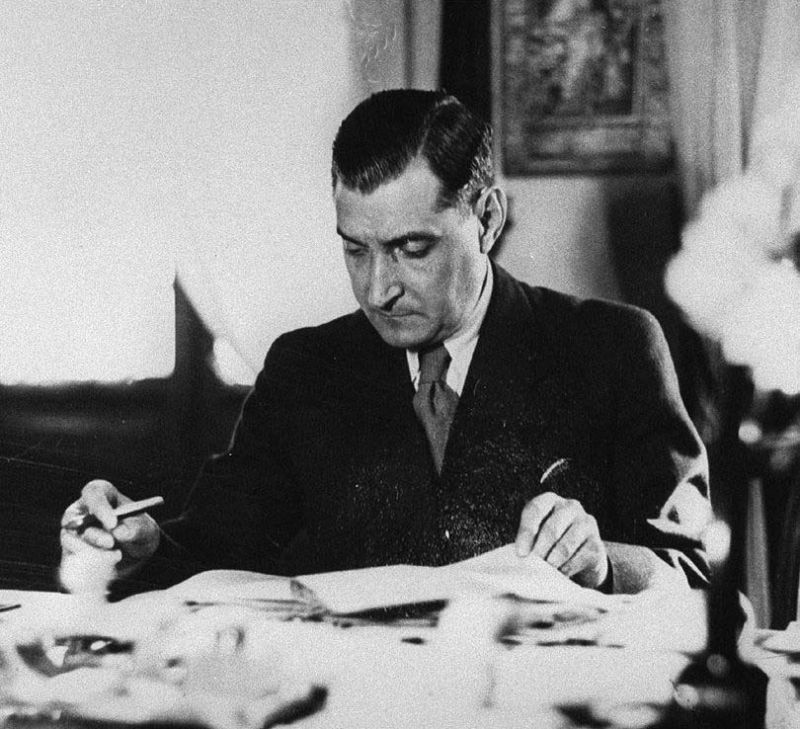 The Portuguese consul Aristides de Sousa Mendes start seeing these thousands of people arriving in Bordeaux, France, desperate to get their exit visas but he was with his hands tied due to the orders of his government. More and more refugees set up camp in cars and tents in Bordeaux: ambassadors, ministers, simple workers, academics, famous artists, journalists, members of royal families, businessmen, priests, women and children, many of these being persecuted jews in danger of their lives , all in need of protection.
In spite of Aristides requests from Lisbon of permission to issue visas, they were constantly denied. Knowing that his signature could help so many families out of a nightmare and not doing so was, for the consul, a torment.

After a few days of indecision, during which he locked himself in his bedroom, he finally came out announcing that he was going to disobey the orders and issue a visa to anyone who asked for it. “I would rather stand with God against Man than with Man against God,” he declared. And with this decision he faced Salazar orders, all the dangers against himself and his family and the following punishments he would receive. 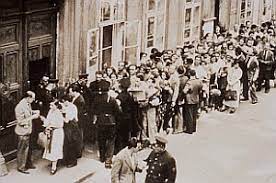 In a very short period of time thousands of visas were issued. The actual number of people Sousa Mendes rescued is not known with certainty. Based on the cross-referencing of sources that has been carried out for years by national and foreign researchers, it iss estimated that between 10,000 and 15,000 people entered Portugal with visas signed or authorized by Aristides (Ramalho, 2020), although 30,000 is a number that is also mentioned by other publications. But it is difficult to know for sure. The consulate staircase was full of refugees and there are reports of people throwing their passports and suitcases and bags full of passports onto the railway line to sign visas. …..even Aristides’ family helped in this action so that they could save as many people as possible.

And because Aristides’ insubordination, his punishment will begin. He is called to Lisbon and he is removed from the diplomatic career and forbidden from practicing law and earning a living. Having 14 children to support, the government only paid him a small pension (half of what he should receive) what made him sell his belongings . His family had a very difficult life; the children were themselves blacklisted and prevented from attending university or finding a proper job and great part of them were forced to emigrate to America, Canada and other countries in Europe to try to find a future somewhere else. Aristides de Sousa Mendes died in 1954 poor and alone in Lisbon . 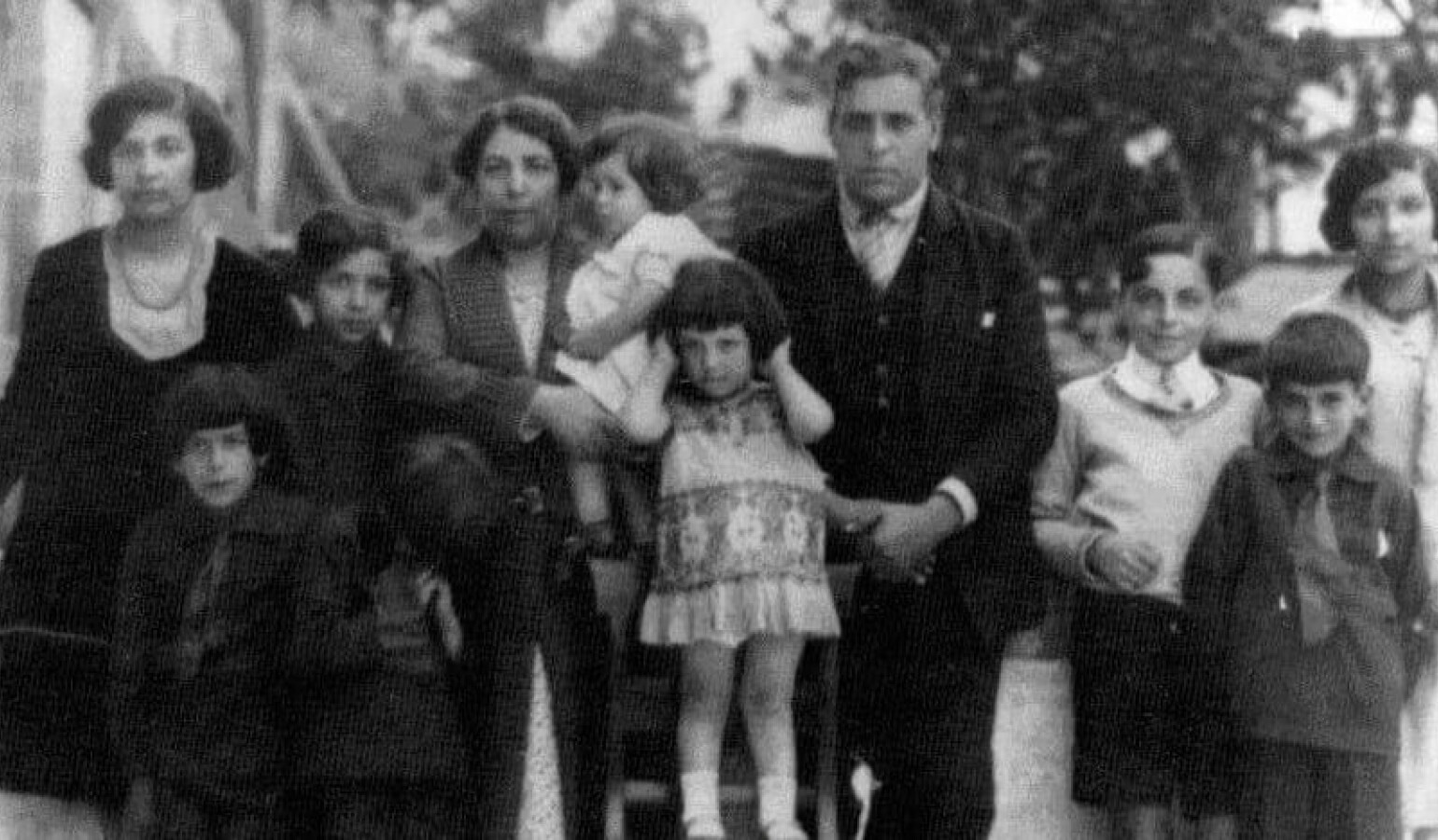 His first official recognition came in 1966 from Israel, which declared Aristides de Sousa Mendes to be a “Righteous Among the Nations”, but in Portugal only in 1986 he receives the first posthumous decoration as Officer of the Order of Liberty by the President Mario Soares and others honours and ceremonies follow throughout other countries.

In 2020, The Portuguese Parliament has voted to honour Aristides de Sousa Mendes , by creating a monument in his memory at the National Pantheon, the place where some of the most notable Portuguese personalities are buried.

If you want to know more:

Lisbon Tour Guides – Who are we ?

We are Leonor, Luisa, Isabel and Paula.

A team of licensed Lisbon Tour Guides with a degree on tourism.

We do private sightseeing tours for groups or individuals.
We organize customized tours designed according to your pace and interests.
- Meetings
- Incentives
- Customized tours

We do guided tours in Lisbon, Sintra and all around Portugal, in English, French, Italian, Spanish and Portuguese.